I mentioned last week that I was going to Mississippi for a few days. It is a significant drive, and while some of it is interstate, the majority is not. It consists of small roads winding through even smaller towns. There may be miles of nothing but land and trees, and then a quick surge of houses. Possibly even a store or two. Some of the areas I passed through are so rural, had I not already been familiar with it, I might have been alarmed by the conditions of some of the houses and buildings. But, if you look closely, you see what people have done to make use of what structures they have. I even began to notice some really interesting houses that were stepping outside of the simple box and working within the land. For example, there was one house that was literally built into the hill on the property and only a portion of it sat on top. It was actually quite impressive, and from what I could tell, clever.

It got me thinking about a program called The Rural Studio. I was lucky enough to catch a documentary on it last year, called Citizen Architect, and have had it on my mind ever since. The Rural Studio was established in 1993 at Auburn University by two architecture professors—Dennis K. Ruth and the late Samuel Mockbee—with the purpose of improving the rural areas of Alabama and providing actual experience for architecture students. There are so many amazing things about this program—not only the education, but also the experience and relationships that are gained. There is also the challenge to be creative with the surroundings, as well as the materials used. I admire the concept of teaching the responsibilities of the profession and inspiring younger generations stepping into the field to approach it differently. I highly recommend taking a few minutes to look through the projects on their website, and try to see the film if you can. Even if architecture is not your thing, you cannot deny the beauty of what is being done here.

that animal shelter is amazing! and why are the 20k homes not being built everywhere?! 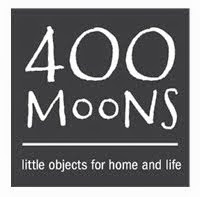